The human exploration of the Red Planet has been discussed in arduous detail since the publication of Wernher von Braun’s “The Mars Project” in 1953, with studies emerging from NASA and the Soviet/Russian space agency for decades, and more recently China and other emerging space powers. Yet the date for human exploration always seems just out of reach, perhaps a decade or more away. But it seems that we have arrived at a new dawn—with more sophisticated robotic explorers of many nations reaching mars every two years, and serious planning by entities such as SpaceX underway, a Martian Renaissance is at hand. Nobody knows more about upcoming Mars efforts than the speakers and panelists at the ISDC’s Mars sessions—join us for expert insights and the latest information on this greatest of human adventures. Chris Carberry is the CEO and co-founder of Explore Mars, Inc. (Explore Mars), a 501(c)(3) nonprofit space advocacy organization that was created to advance the goal of sending humans to Mars by the mid-2030s. Carberry is a well-respected expert and influential director of strategic alliances in the space community as well as with non-traditional organizations.

Carberry has presented oral (and written) testimony to both the United States Senate as well as the United States House of Representatives and has been active in all levels of policy engagement with both the Executive and Legislative branches of government.

In recent years, he has overseen Explore Mars’ annual Humans to Mars Summit, the largest annual conference focused on sending humans to Mars. He has also spearheaded dozens of programs including the Mars Innovation Forum, the annual Community Workshops for the Achievability and Sustainability of Human Exploration of Mars series, the AR/VR and Space workshop series, the ISS and Mars Conference in Washington, D.C. and in Strasbourg, France, and the Women and Mars Conference in Washington, D.C. He has also conducted programs overseas, in such countries as the United Arab Emirates, Australia, and the United Kingdom. Carberry is also the creator, and one of the senior editors, of the annual publication known as the Humans to Mars Report that was highlighted in the NASA Transition Authorization Act of 2017. In 2013, Carberry was awarded a NASA Group Achievement award.

Carberry is the author of over 100 articles and Op-Ed pieces that have appeared in such publications as USA Today, US News and World Report, Huffington Post, The Washington Post, San Jose Mercury Times, Foxnews.com, Houston Chronicle, The Hill, The Telegram (UK), The Boston Herald and many other publications. He has been featured in over 100 national and international television, radio programs and podcasts such as NBC Nightly News, Fox News, CNN, BBC World, and NPR and is frequently asked for commentary from print news outlets around the world.

Prior to joining Explore Mars, Carberry served as Executive Director of The Mars Society. He also played a leadership role in congressional outreach events such as the 2006-2020 Space Exploration Alliance Legislative Blitz and has coordinated numerous briefing panels and other events on Capitol Hill over the past two decades. Carberry serves on the Board of Advisors for iGiant and Mars World Enterprises, and is a former member of the Board of Directors of the National Space Society.

Carberry is the author of the 2019 book, Alcohol in Space: Past, Present and Future, and the upcoming book, The Music of Space (to be released in 2022). Both volumes are being adapted into documentary films.

Prior to his space career, Carberry worked as an archivist of modern political papers and was research assistant for numerous best-selling biographers.

Carberry received a B.A. degree in political science and a M.A. in history and archival methods. Janet Ivey, creator of Janet’s Planet is committed to enriching the lives of children via education and live performances, TV, and online programming. With over 27 years in the children’s entertainment and education, Janet has captivated Nashville and beyond with her work. She has received 12 Regional Emmys, five Gracie Awards, for her children’s series Janet’s Planet that airs on 140+ public television stations nationwide. Janet is a NASA JPL Solar System Ambassador, President of Explore Mars, Inc, and has won a STEM-FLORIDA Award for the “Exploring Microgravity,” educational video about gravity and microgravity, she wrote and produced for Space Florida. Janet’s Planet is a dynamic and fast-paced series is geared to 6-11 year olds and focuses on science, space, history and health. The short form series can be seen on public television stations nationwide as well YouTube, BatteryPop, Minnow and HighBrow in the UK. She joined the NSS Board of Governors in 2015. 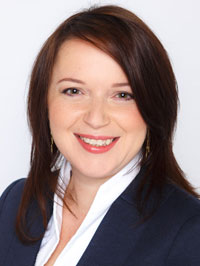 Zsuzsanna is passionate about space nutrition and innovative food technology. A breakthrough space start-up has been founded by her, called SpaceABC. Its mission is to “establish a deep-space nutrition system mitigating disease risks both in Space and on Earth!”, which is led by SpaceABC’s vision of “a world of multiplanetary humans with healthy longevity!”

Zsuzsanna is the winner of the international contest on space nutrition organized by the National Space Society. Besides she is going to deliver a pitch representing SpaceABC on this year’s ISDC also as a finalist of the Rothblatt Foundation’s Space Start-up Competition. SpaceABC is going to have a pilot project conducting a research on its unique nutrigenetics based, AI-supported nutrition program developed for space travelers in cooperation with MAARS (Mars-Moon Astronautics Academy and Research Science) in the Mohave Desert, where Zsuzsanna is going to be an analog astronaut.

She has been studying Nutrition Sciences and Dietetics in the Semmelweis University of Health Sciences in Hungary. Previously, she has successfully obtained the certificate of Wageningen University from the Netherlands, in nutrition preventing cancer and cardiovascular diseases, metabolic health, microbiome, malnutrition and overnutrition.

Zsuzsanna is a major advocate for realizing a balanced and healthy lifestyle, therefore she has been regularly practicing Do-in, a traditional Japanese meridian work-out, and has been trained as a naturopath in phytotherapy.

‘NUTRITION FOR A HOLISTIC NATUROPATHY COMBINED WITH STATE – OF – THE – ART FOOD TECHNOLOGY BOTH IN SPACE AND EARTH” is her motto.

Zsuzsanna is a native Hungarian, a member of the Hungarian Association of Dietitians, and a happy mother of three children. Mr Lorrey is a USAF veteran, he has studied engineering and computer science, with experience in both fields, from building flight simulators for XCOR to pioneering the first virtual stock exchanges in virtual worlds/virtual reality platforms, he innovated new methods of building virtual capital markets. He is also a cryptocurrency pioneer advising a number of blockchain startups and recently proposed the Marscoin Node Satellite Constellation to make functional blockchain work for an interplanetary economy. He has chaired the ISM exhibits committee for five years.